know the facts. survive the impact. thrive and live the life you dream.

ABOUT BRET MICHAELS
Bret Michaels is a multi-platinum global superstar who uses his international success as a platform for advocacy.

The 57-year-old singer was first diagnosed with Type 1 Diabetes at six years old. At the point of his diagnosis, Michaels was going into ketoacidosis – his body was effectively shutting down.

Type 1 Diabetes develops when a person’s own immune system attacks insulin-producing beta cells in the pancreas. In some cases the immune attack usually begins several years before Type 1 Diabetes symptoms even appear. Failure to diagnose and begin treatments can lead to onset of Diabetic Ketoacidosis, which can result in a person going into a coma and then death. For others, over time, long term health complications can lead to heart disease, nerve damage, kidney damage and stroke.

Type 1 Diabetes affects over 1.25 million Americans. According to the Juvenile Diabetes Research Foundation (JDRF), by the year 2050 the number of youth diagnosed with Type 1 Diabetes in the U.S. will quadruple.

It is estimated that the economic costs of Type 1 Diabetes and Type 2 Diabetes increased by 26 percent from 2012 to 2017 to nearly $327 billion. Medical costs alone totaled $237 billion. The cost of Type 1 Diabetes is projected to grow exponentially with the rising cost for insulin, which is “protected from generic competitors under patent law.”

Michaels has helped raise tens-of-millions of dollars through his Life Rocks Foundation to donate to diabetes awareness and research through the American Diabetes Association (ADA) and JDRF. He has collaborated with both the ADA and JDRF acting as a spokesperson and sponsor, earning him numerous awards from a variety of organizations.

Michaels is the first person to receive the ADA’s prestigious Chair’s Citation. The Award recognizes the outstanding accomplishments of individuals, corporations, institutions or organizations who have demonstrated significant dedication and commitment in their local market and have had a positive impact in advancing the mission of the ADA.

Michaels also raised hundreds-of-thousands of dollars for the ADA and has helped to put a face to diabetes; raising critical awareness about the seriousness of diabetes and the importance of diabetes prevention and management. Michaels achieved this during his time on the NBC hit, Celebrity Apprentice.

When this multi-talented performer is not touring he can be found both in front of and behind the camera as a director, producer and a reality TV superstar. His first foray into reality TV brought the record-breaking Rock of Love with Bret Michaels franchise to VH1, one of the most successful shows in the network's history, shattering weekly rating records during its run. Following three successful seasons of the show, he teamed up with VH1 for the docuseries Life As I Know It setting even more records.

His talent, business acumen and natural candor have solidified him as "a cultural touchdown" in the words of former Viacom CEO Judy McGrath, making him one of the most sought- after performers, interviews and speakers across multiple platforms. Michaels tireless work ethic has kept him on the road for each of the last 10 years— with nearly 300 live performances, speaking engagements, charitable concerts and private engagements yearly.

Michaels first rose to fame as the front man of Poison, helping to define the rock-n-roll scene on the Sunset Strip. One of rock’s most iconic and enduring bands, Poison’s massive success includes selling over 40 million records worldwide and numerous hit singles. 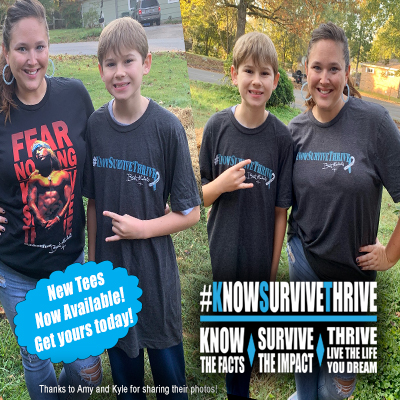 KNOW the facts about Type 1 Diabetes.
SURVIVE the impact of diagnosis and learning to manage the disease.
THRIVE and live the life of your dreams!